After Dorking 1871: The Battle of Crawley

Following the disasters along the North Downs Ridge the day before, and as the Prussians attack to the North at Cherley Wood, General Fitzsimmons has organised a hasty counterattack.  He’s hoping to avoid the same debacle as happened during the counter moves into a few days earlier.

Fitzsimmons, a Sandhurst desk-Johnny has organised the regulars and such militia units as he could muster into a fairly well coordinated attack with the intention of cutting the Prussian supply line north to .


At Crawley the Prussian General Horst has organised a hasty garrison along the main supply route north to the Prussian front at Reigate.  Reinforcements are beginning to flow north for the coming assaults towards London and therefore securing the road trough Crawley is essential

Horst is a competent but unambitious commander known more for his logistical and administrative flair than his battle élan, so when an unexpected British force approaches from the east it takes him somewhat by surprise! 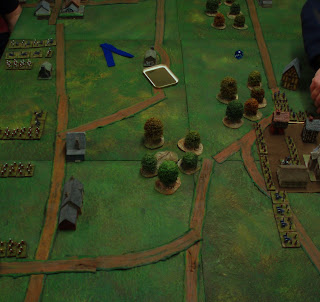 The British attack begins at 12 noon, shortly after the engagement at Cherkley Wood to the north west.  The    British columns approach from the east through the villages of Ardingly, Turner's Hill, and Crawley Down. 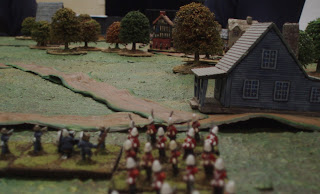 The Prussian garrison at Crawley quickly formed defensive positions on the edge of the town, and deployed its terrifying Krupp steel guns to the north along the road to Reigate. 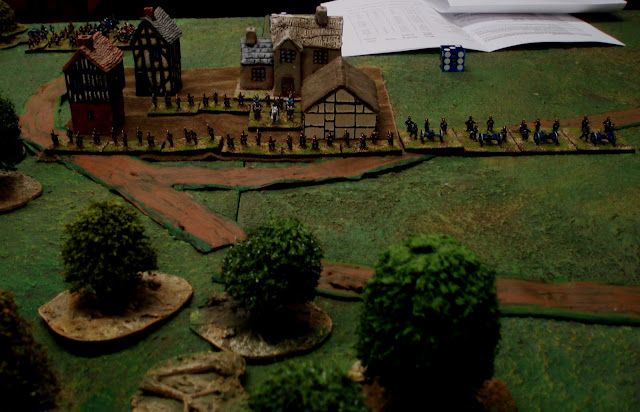 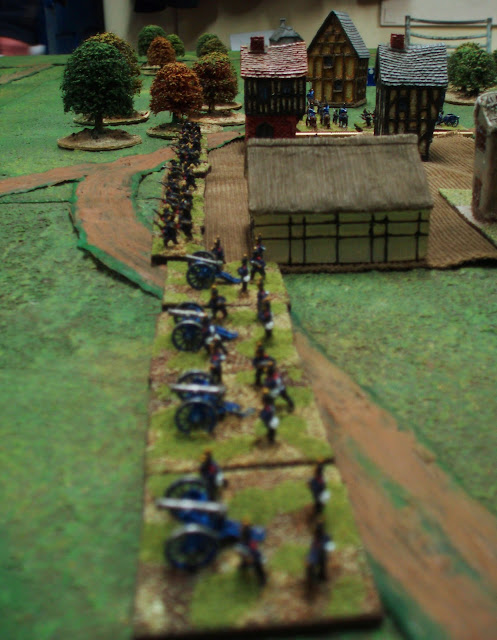 As the British lumber forwards towards the Reigate road, a second Prussian command camped to the west quickly mobilised and headed south towards the Bolney crossroads. 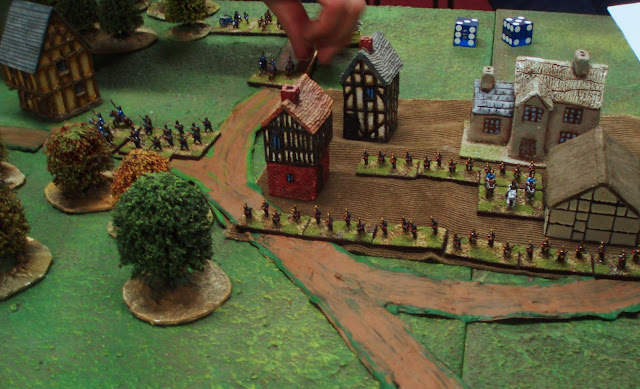 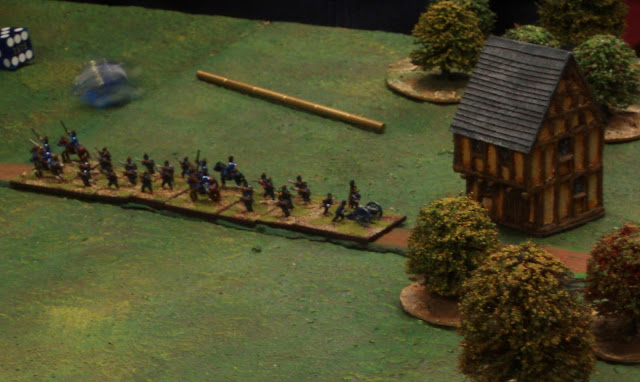 South of Ardingly the British bring up batteries of heavy and medium guns.

British columns stormed forwards towards Crawley, advancing through the woodland to avoid the attentions of those Krupp monsters. 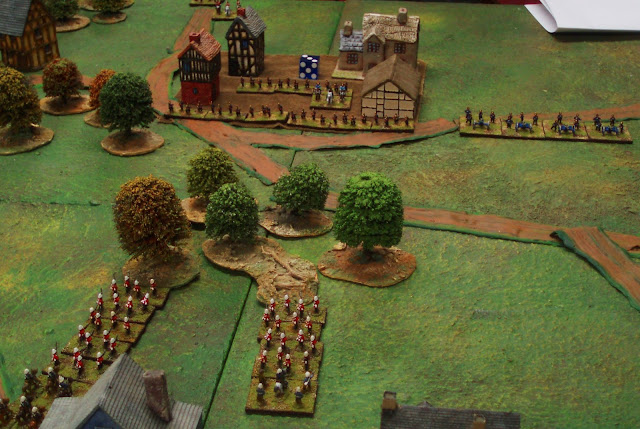 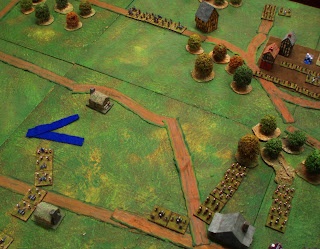 However, the 63rd (West Suffolks) weren't so lucky.  advancing directly into those guns, their commanders and the head of their column were decimated in brutal long range fire.  The West Suffolks made little further progress for the rest of the battle, as the junior officers desperately tried and failed to restore order. 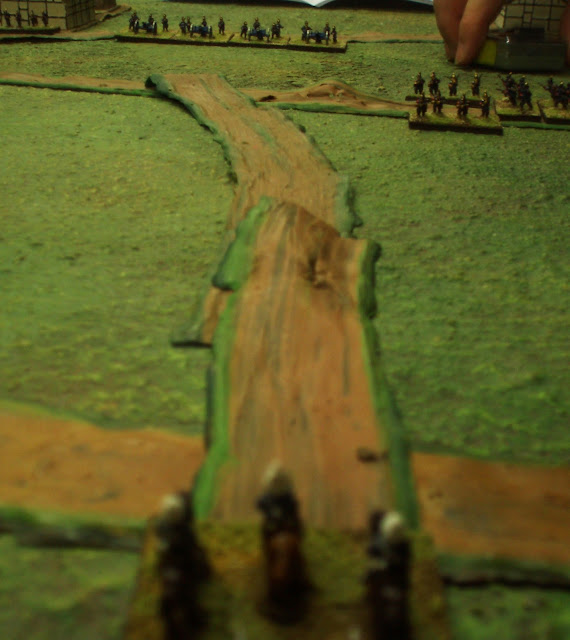 To the south, the British columns backed up and they struggled through Haywards Heath and out towards Bolney. 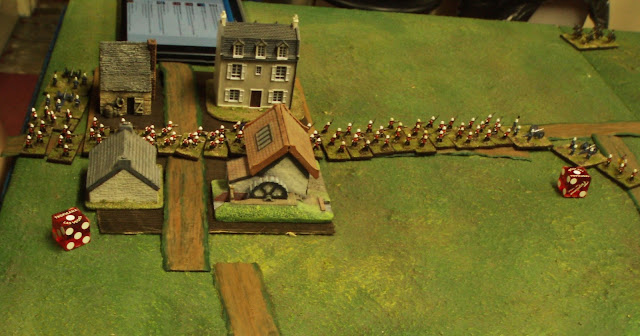 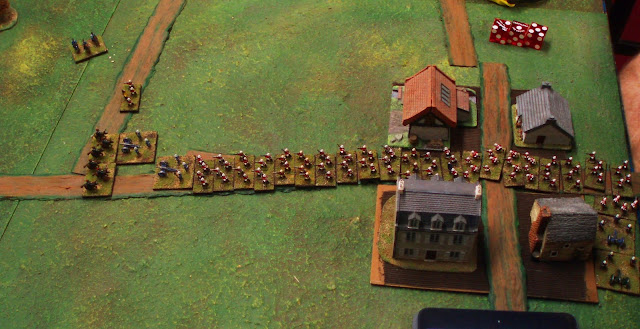 The British deployed cannon at the head of the advance to screen their deployment for the attack.  The Prussians bravely threw out their Dragoons to try to sweep away these guns... 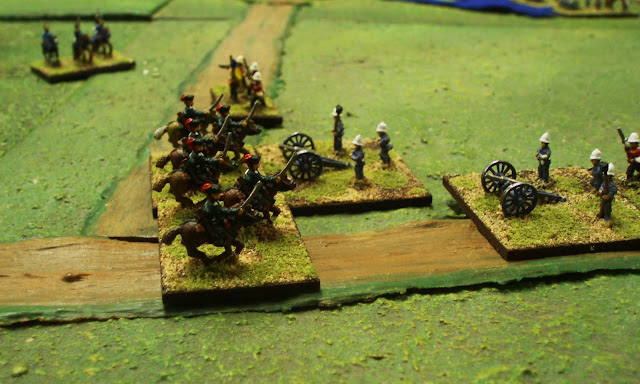 Meanwhile over at Crawley, the British assault was underway and made some initial headway, hacking their way into the outskirts of the town at the point of the bayonet. 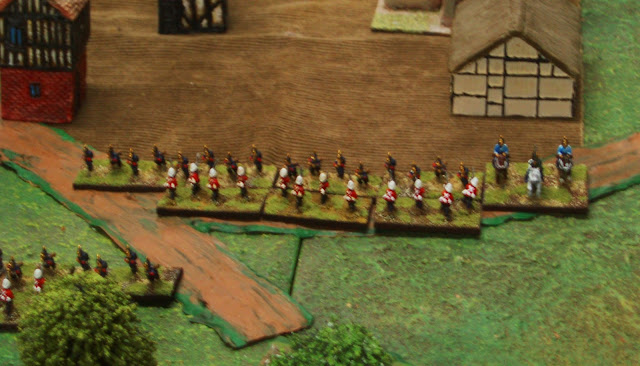 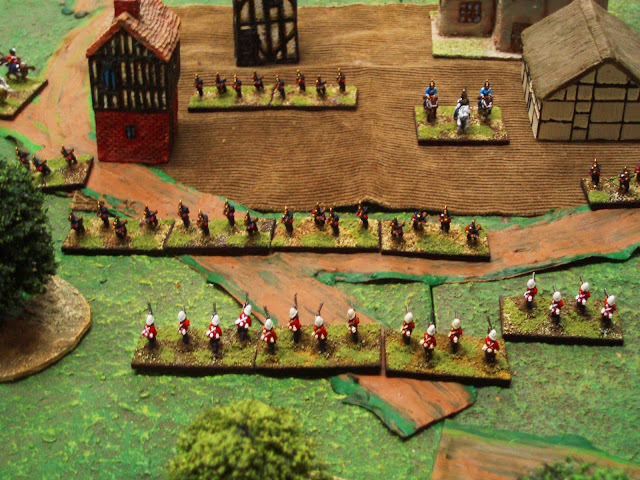 With the northern British flank shattered by Krupp artillery, the Prussians swept in from the north, flanking and cutting off the British attack on Crawley. 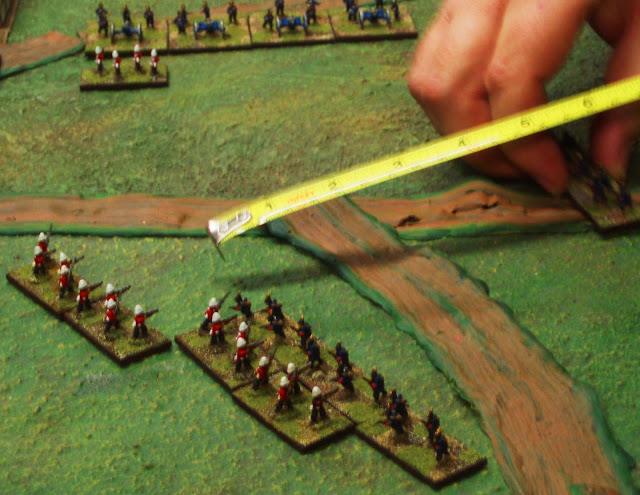 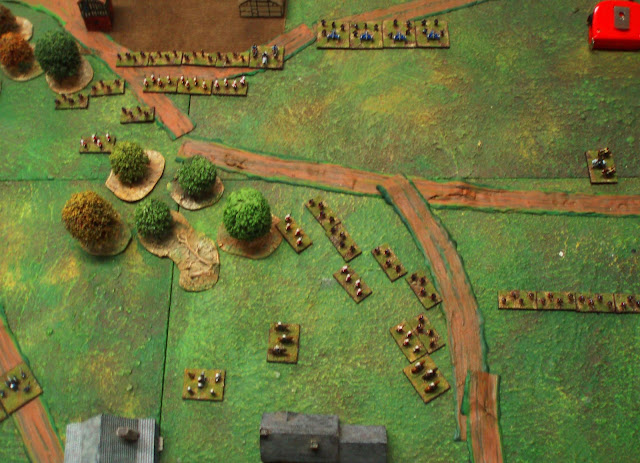 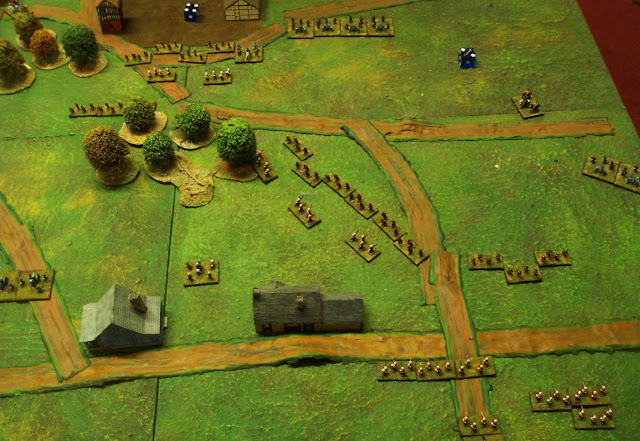 Crawley was secured and the Prussians were hastily regrouping to head south towards Haywards Heath where the British attack was faring better thanks to their massed heavy and medium gun batteries. 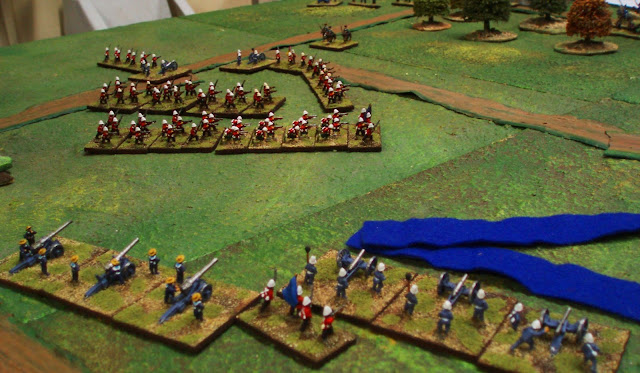 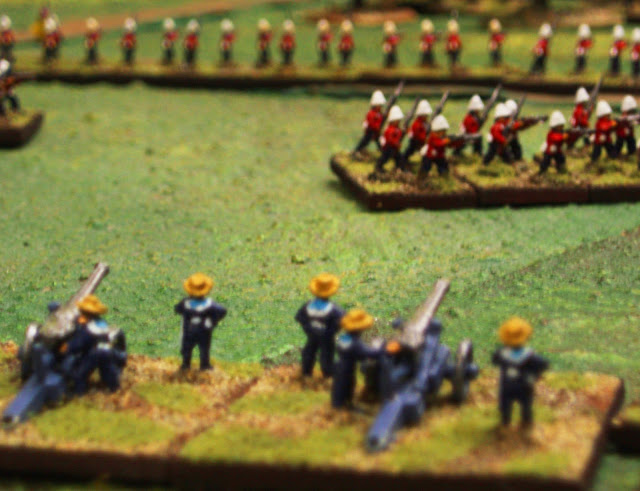 Darkness fell and the bitter, contested fighting ceased with the British in a strong position at Haywards Heath and the Prussians retreating to their camp at Crawley. 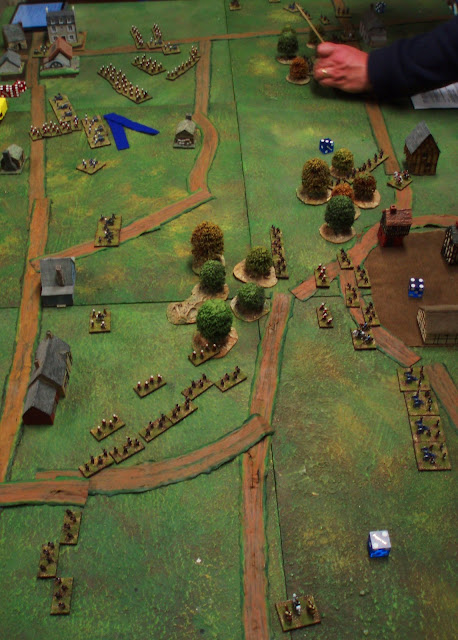 Overnight, both sides would bring in reinforcements to fortify their positions.  The road north to Reigate wasn't cut but it was now contested and very dangerous for the Prussians...

Perhaps the British could turn the tide.  Perhaps all was not lost.

This was a brutal, hard fought battle which saw both sides lose a flank, but neither gain the upper hand.  The British attack on Crawley was disastrous, but to the south they were able to rout the Prussians before them while maintaining a strong defensive position to reinforce.  Overall a great fight, lots of fun, and our conversion of the Hordes of the Things rules work surprisingly well.  Still a few factors to tweak but they're pretty much spot on.

Next up is likely to be the major British counter attakc into Reigate.