This cropped up over on Facebook today, a short opening unboxing video showing the Pendraken Warband army packs.

Hopefully we'll see his views on Warband, and watch his armies as they're painted up.

It's been a while and I've been up to other things, other painting projects etc. lately, so my new Warband Hill Dwarves have been falling behind a bit.

However, I've completed the second unit; a unit of dwarf archers with the shieldwall special ability. 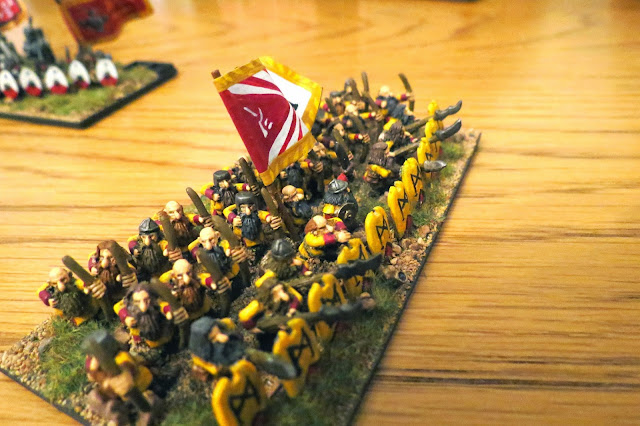 I'm also doing the banners free-hand.  They're a little rough up clase, but look pretty good on the tabletop. 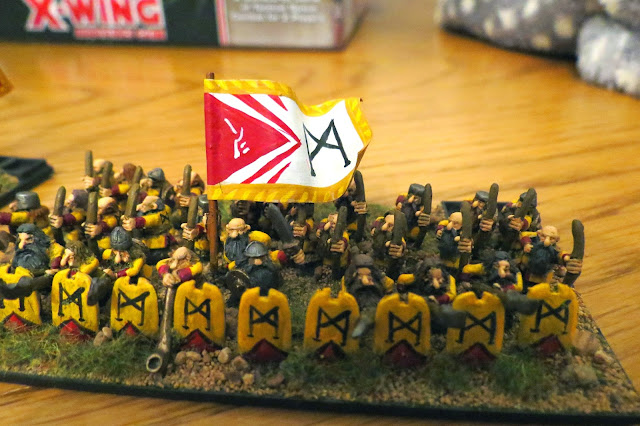 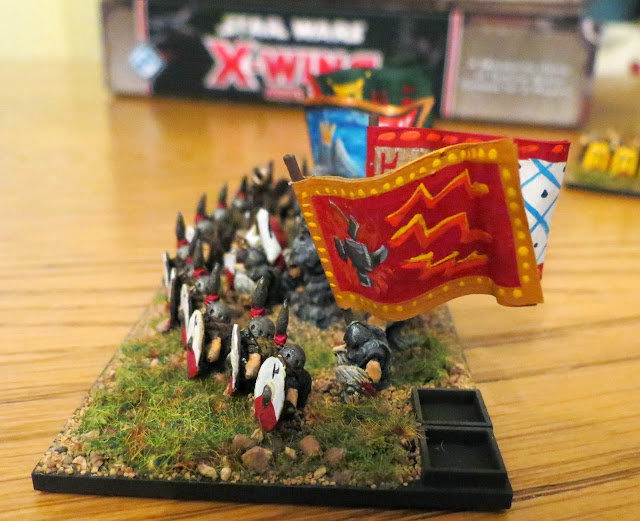 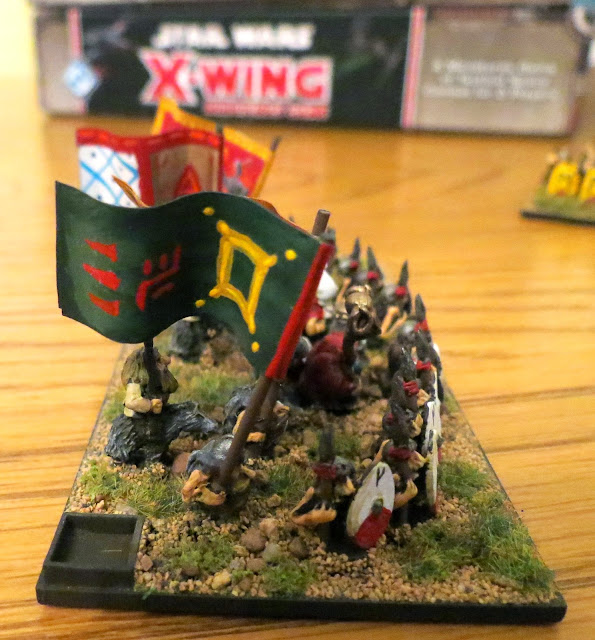 So the army progresses slowly.  I'll try and make some better progress and get these done.

I'm keen to move on to the next army which will probably be a rather fun take on the goblins as 'fire goblins' or some such thing.

Recently I was persuaded to try something a little different, mostly following a short campaign with the Iron Kongdoms roleplaying game.

And so I've put together a small force for the Hordes wargame.

Mostly due to, well, nothing at all actually - just a random choice - I purchased a battle box, extra unit and extra leader for the Skorne faction.

I've not played yet so I have no idea if i'll like the game or be happy with the faction and force i've built, but it has been fun painting them.

Here's my chaps in all their glory (apologies for the poor photos). 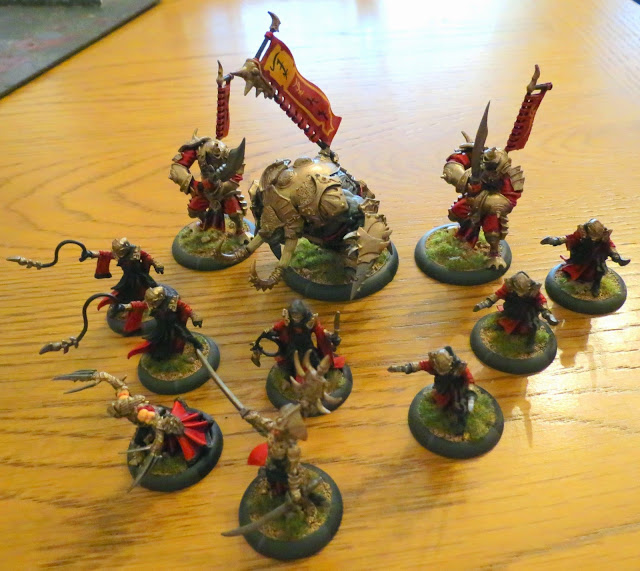 The figures certainly weren't the easiest to assemble.  There was a TON of flash on them, and the metals in particularlry are very fragile.  Not only that, the parts are slender and therefore I couldn't pin them - so i suspect if they're dropped arms and bits will snap off easily.

I decided to go with the 'standard' paint shceme, that is the one in the Skorne book, and its a pleasing three-colour scheme which I painted as a darker red, black/charcoal, and brass. 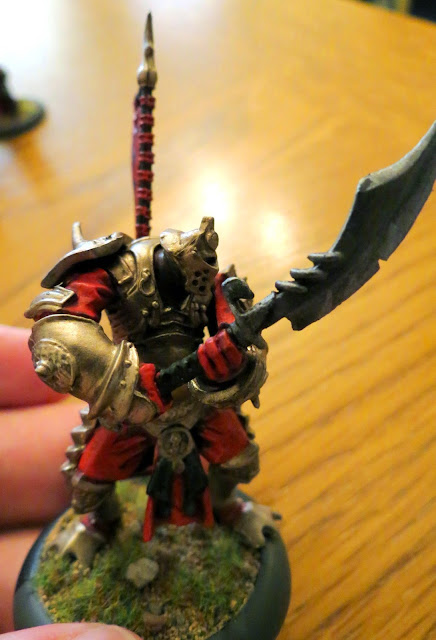 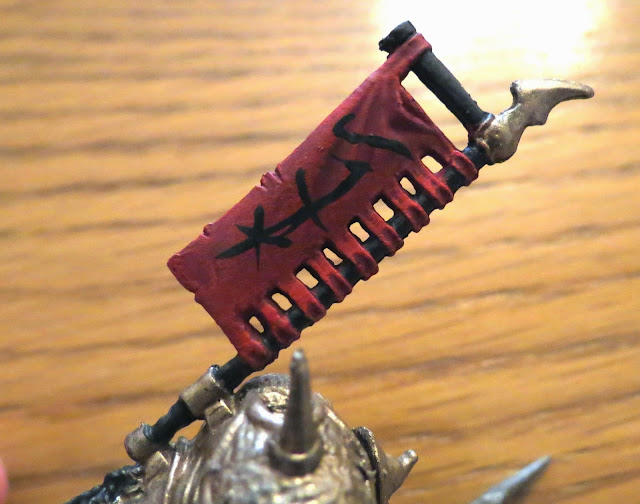 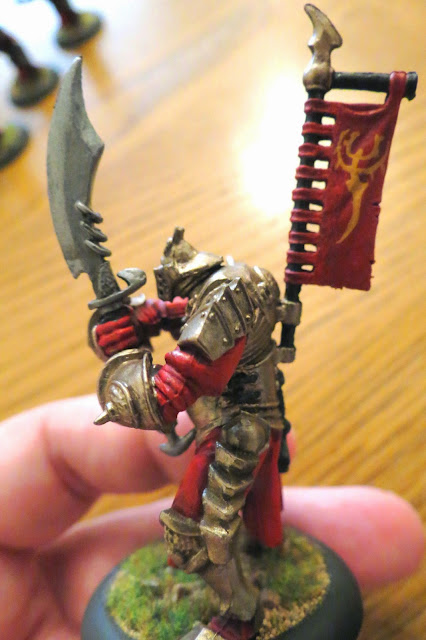 The Titan gladiator.  Shall I call him Russel? 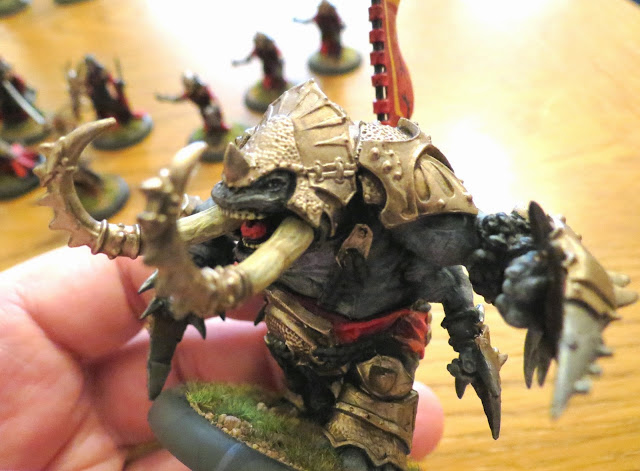 This Morghoul chap appears to have a Freddie fetish. 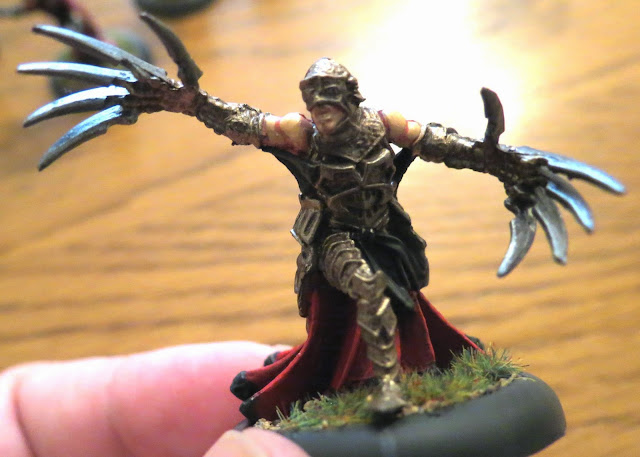 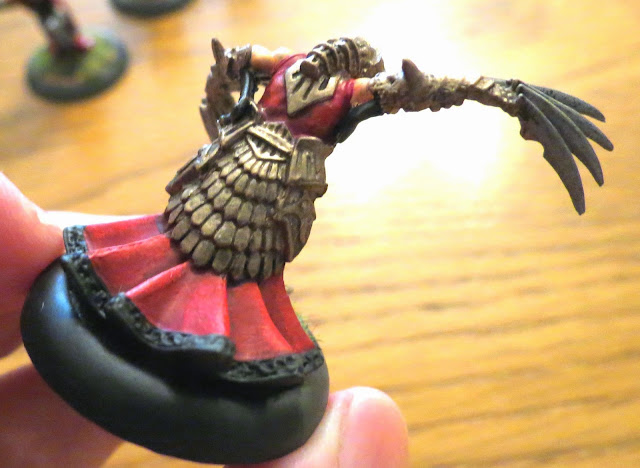 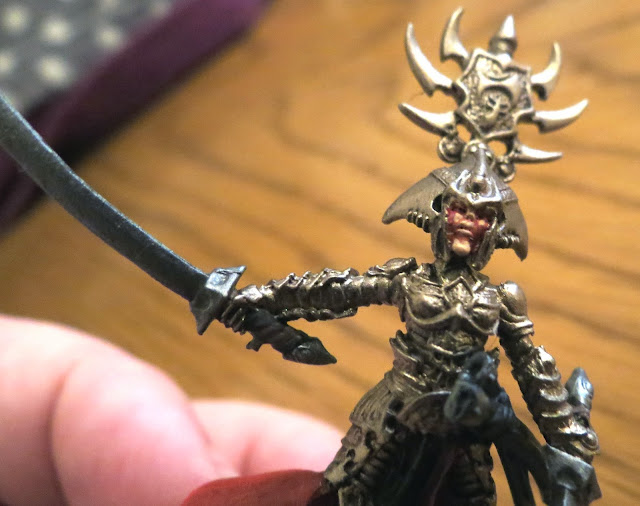 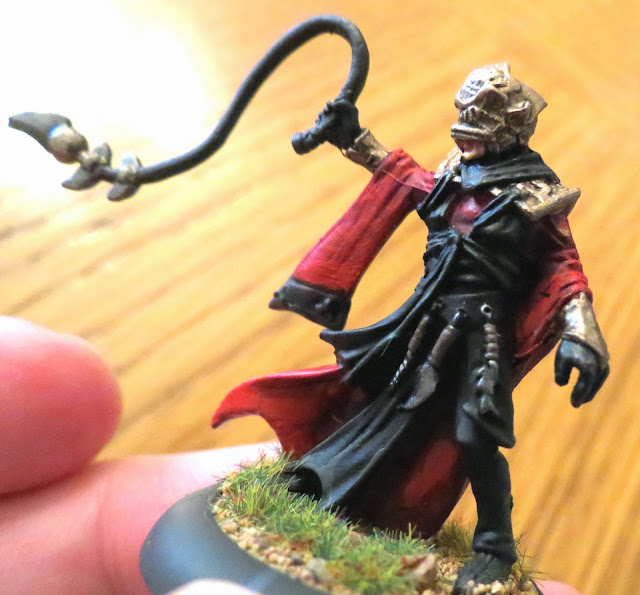 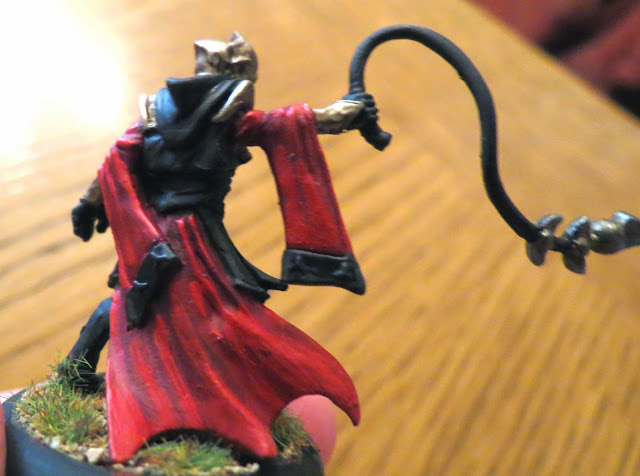