Something a lot more orc...

A while ago I posted up some figures related to some rules (provisionally entitled 'Warband') I've been working on for a while.

Well, having been mired play-testing for a few months, and of course the usual variety of other projects, distractions, and the petty annoyances of 'real life' this week I finally finished the first of the armies.

I'll let the photos do most of the rest of the work.

Here's the army in all it's glory.

The army commander with his command advisors (or what passes for such in an orc army) and his persona shamans casting some defensive spells and oracles. 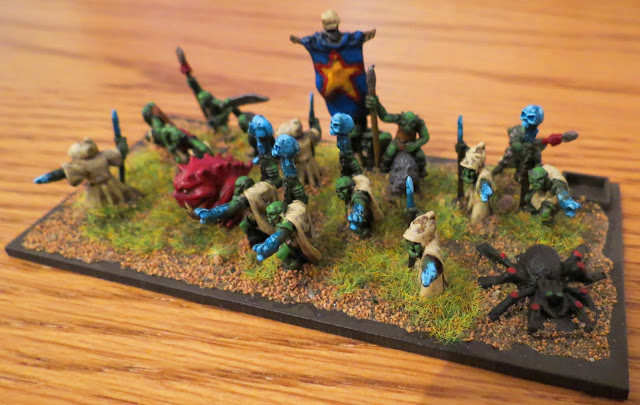 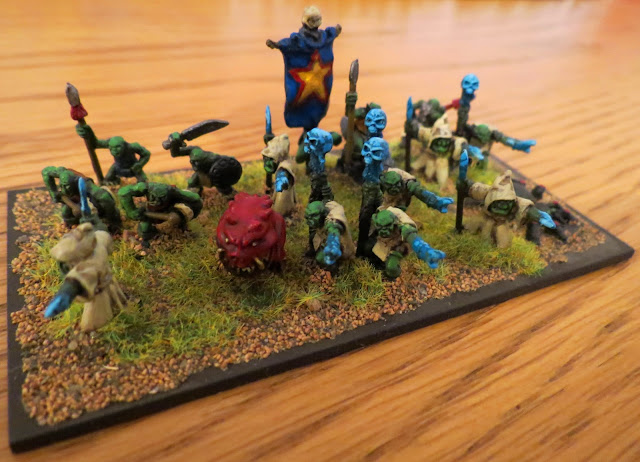 Wolf riders ready to scout ahead of the horde. 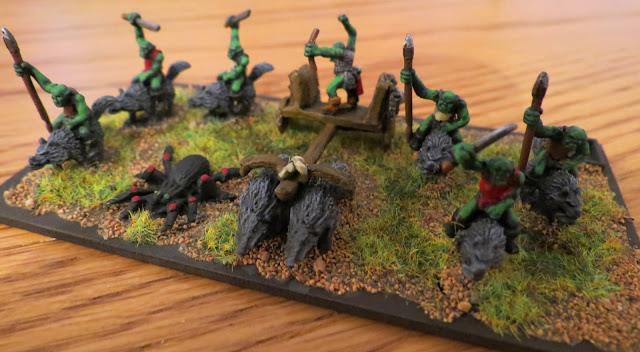 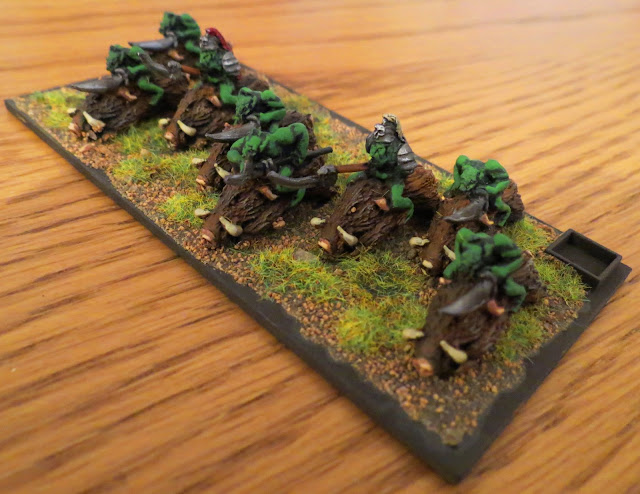 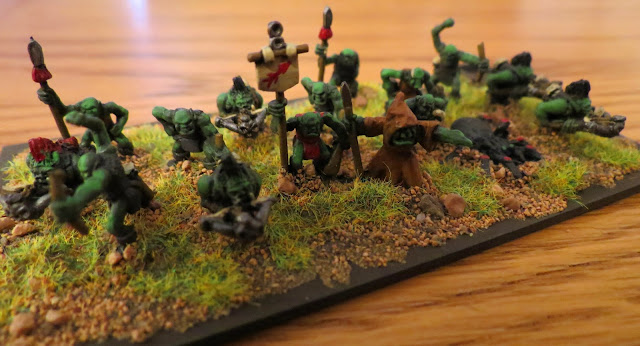 And a series of warrior units, with a variety of weapons.  First up the halberdiers ready to deal out some pain, bring down enemy horsemen and chop their way through heavy armour. 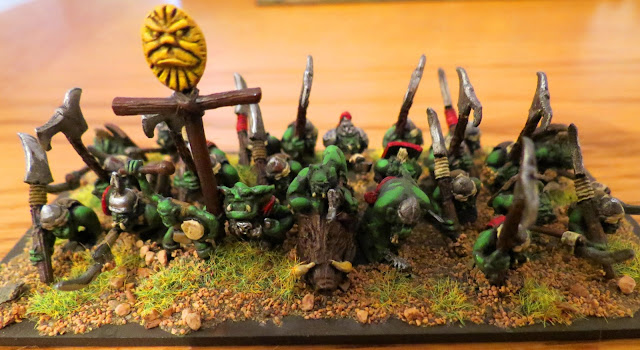 Then some warriors with mixed weapons - the bulk of most orc armies. 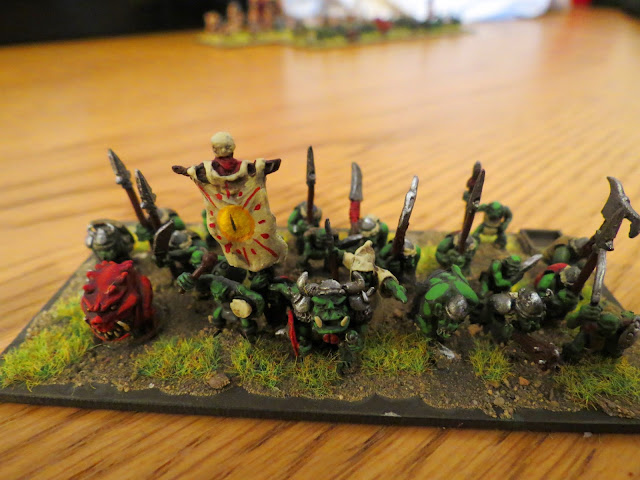 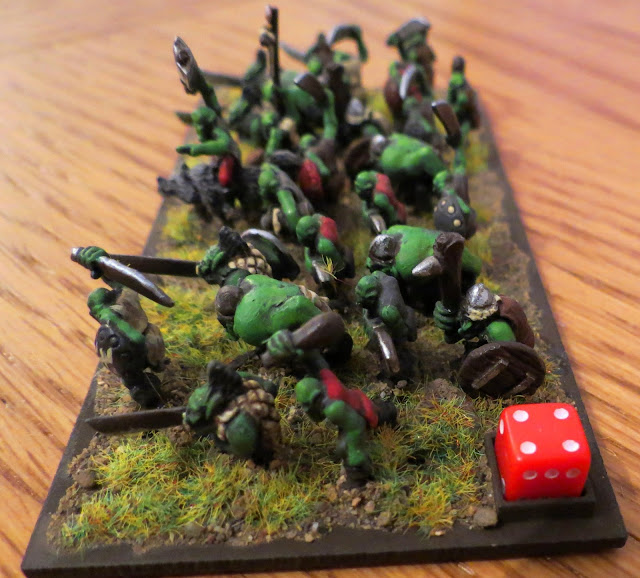 The shamans have managed to conjure up a variety of unpleasant looking creatures to fight for the orc commander.

And finally, a staggering mob of ogres and giants that fight for the orcs in return for first pickings when it comes to eating the enemy dead.  The center figure is an ancient Citadel troll I had languishing in a box somewhere looking for something to do... 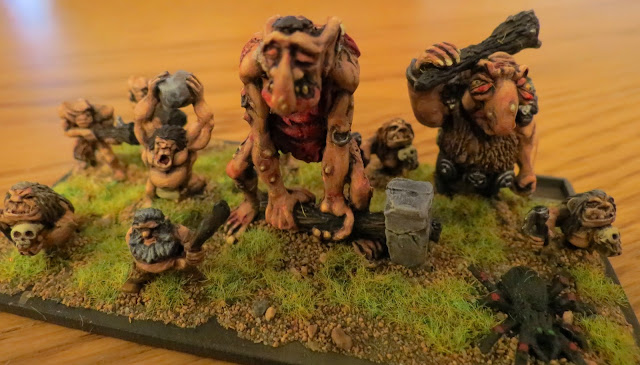 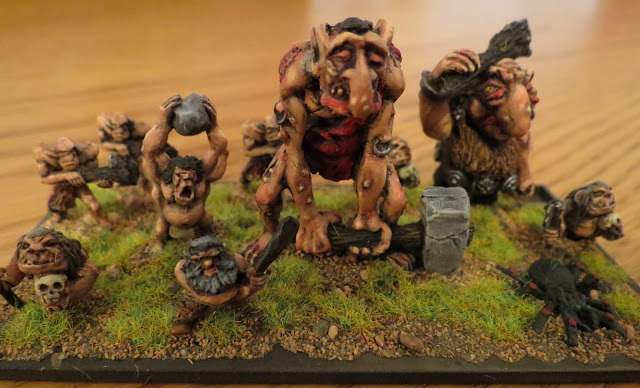 Next up...the dwarves to take these chaps on.