Having completed my Early War Germans (originally for Chain of Command), and already having a Russian platoon from back in the first edition days of Bolt Action I found a collection of Early War British figures I’d collected years ago for A Very British Civil War.

So, I thought that as Bolt Action is on our gaming schedule, I’d break out what I have and get them painted up.

This is the lion’s share of an older Warlord British infantry kit, and I have to say that these infantry miniatures are the worst multipart figures I’ve ever struggled to build. Model building is my least favourite part of the hobby in general, so I like to push through and get that chore done quickly. That wasn’t possible with this kit. Sadly, I neglected “work in progress” shots (mostly as I was in a state of frustrated rage during the process), so you’ll have to take my work for it, but these were horrible.

After 6 hours of tedious work, I finally managed to get 30 British Warlord plastic miniatures glued together.  They were absolutely dire to build.

As it happens, I have a couple of sprues of what I think are the later Warlord British and they are FAR better.

To give you an example, to construct ONE of the kneeling Brits from the older kit, here are the separate parts that need gluing:

There are then other tiny bits like binoculars, extra ammo packs etc., that I generally left off.

All those bits for ONE figure. All of which were tiny, fiddly, and didn't really fit together neatly, and often needed filing to fit together. And all of which had mould lines and in some cases flash from mould slippage to be shaved off.

I have no desire to ever repeat that process.

Anyway, with the figures built I then set about the painting process. British WWII uniforms are tricky to get the colour right without a dedicated mixed paint. This isn't helped by there not being one uniform, particularly during the early war.

I tried out a couple of options and settled on the darker (left) scheme.  I don’t think its entirely accurate, but its close enough.

Also, I often use 2 pence pieces for basing 28mm figures like this, but I’ve run out, so some are still on the flimsy warlord plastic discs. No worries. I wonder where I can get some rolls of 2 pence peices?

All told it took about 8 hours to build everything, and 2 hours to paint. 8 hours is WAY more time than I would usually spend in building stuff. Not great, but it’s done now.

So, here’s the result! This is the core of a British Early War reinforced platoon for Bolt Action. 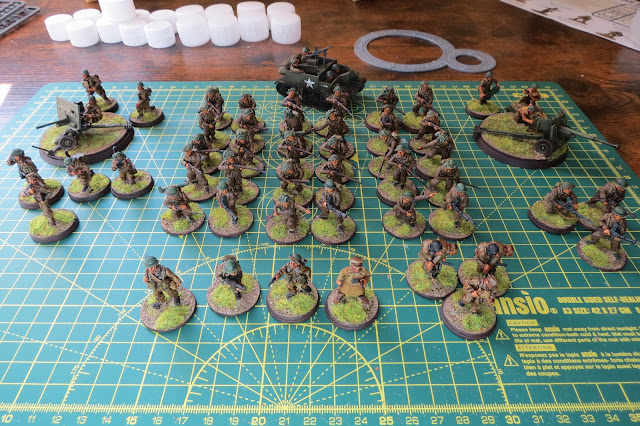 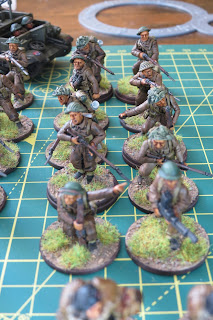 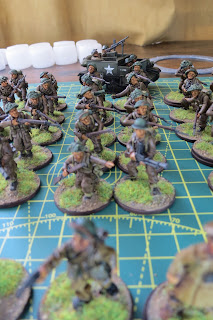 As its where I'm from I painted these up thinking of them as Royal Hampshires, therefore the black beret. However, that presents a bit of an anachronism. Early War, the Royal Hampshires did not deploy in Europe. they spent most of the War in Africa, Palestine, and Italy and didn't make it to Europe until 1944. 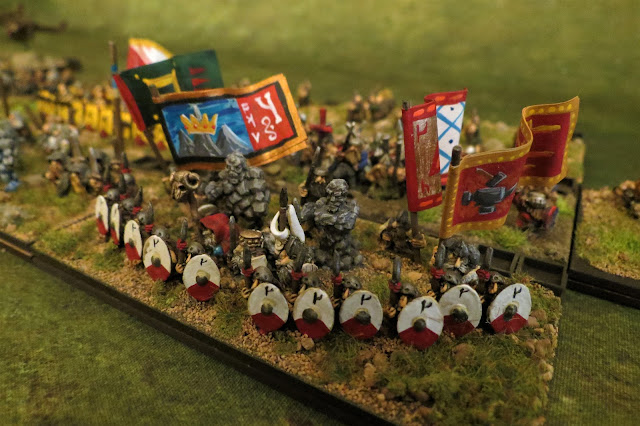