With Warband released for a while now, and my figures sat awaiting my attention, today I made a start on the first 'live' (i.e. non-playtest) army.

It's a warband of hill dwarves from the Red Mountain clan.

Here are a few 'wirk in progress' shots of the first unit - the general himself.  I'd toyed with assembling the figures on the base before painting but decided to go the traditional route and painted the little fellows on sticks.

I then glued them onto the base in phases to make applying the basing and flock easier.

The figures clipped and cleaned.  I always end up taking a lot of lead off the figures bases. 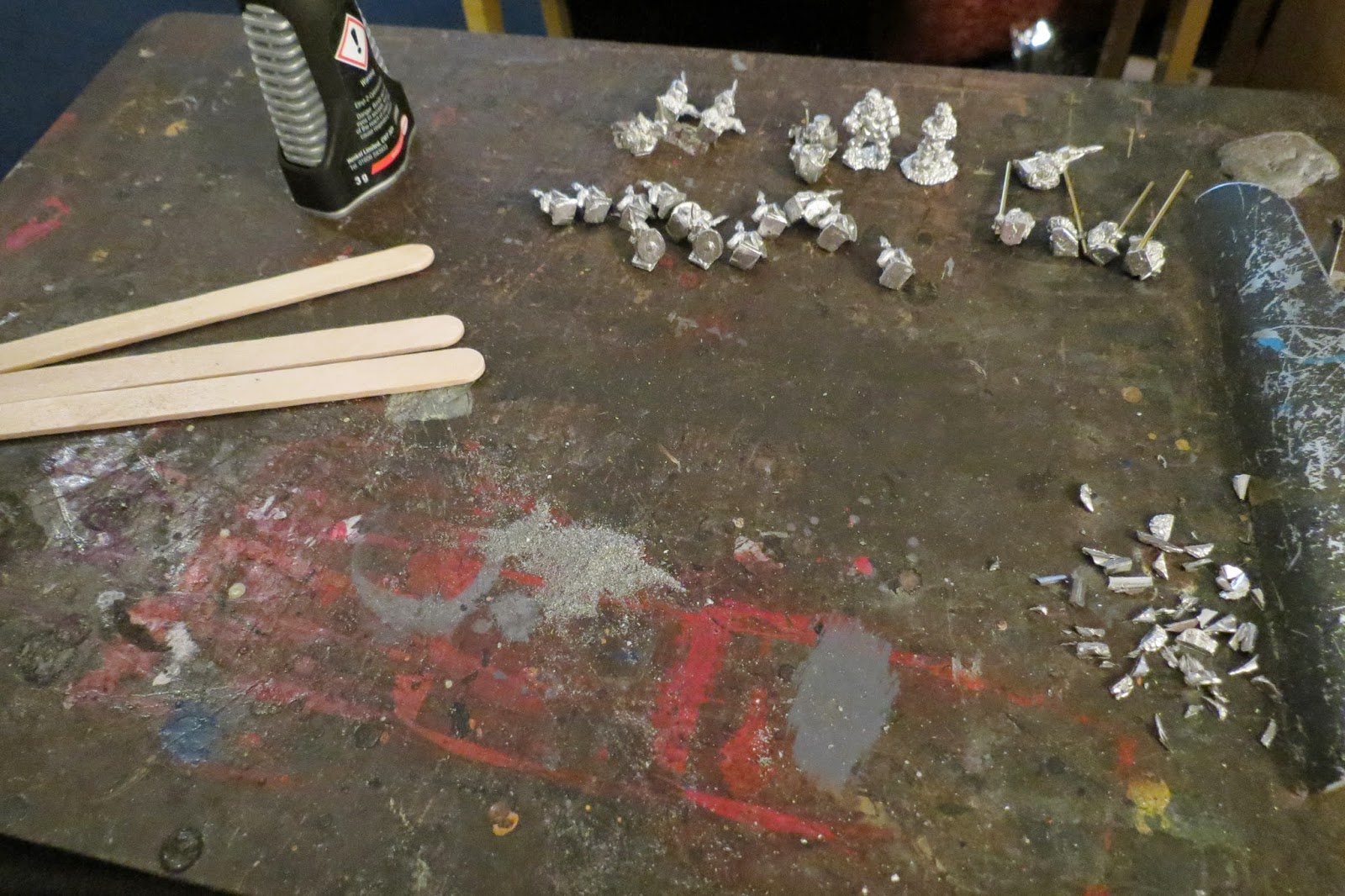 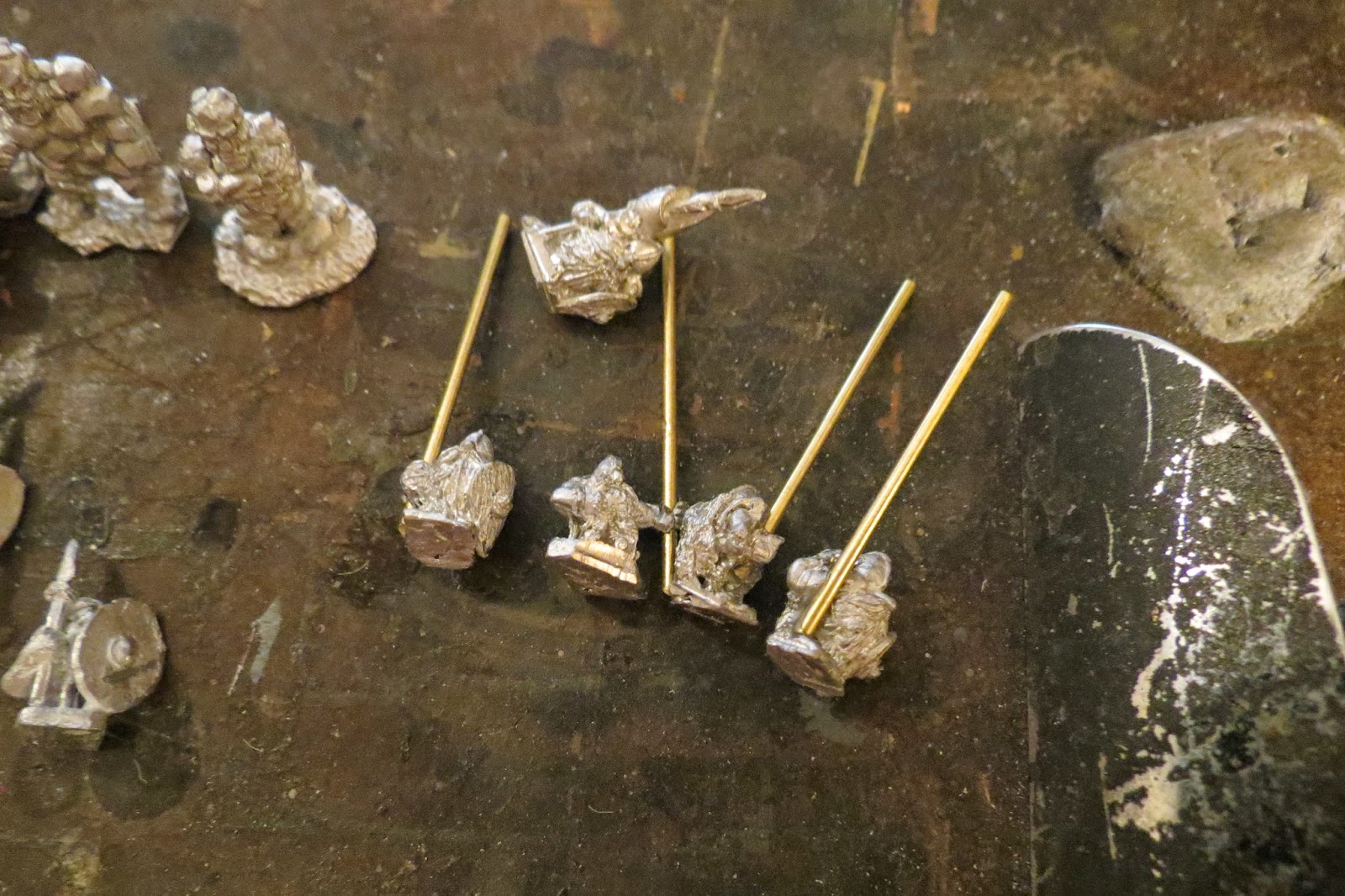 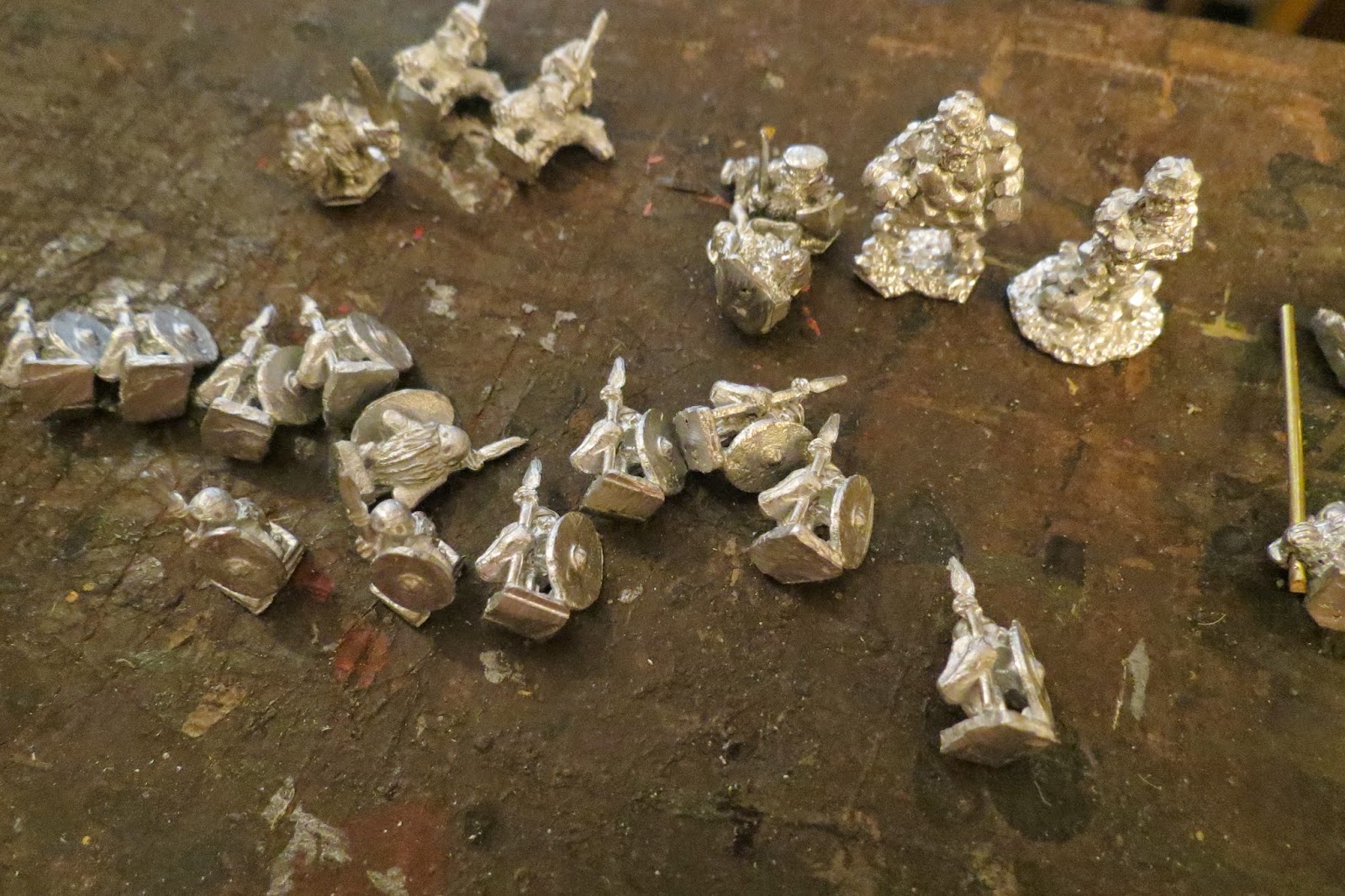 Glued to the skicks and spray undercoated brown, they're ready for the paint.  As this stage I actually still haven't decided on a colour scheme.  Something sort of brown and white i'm thinking... 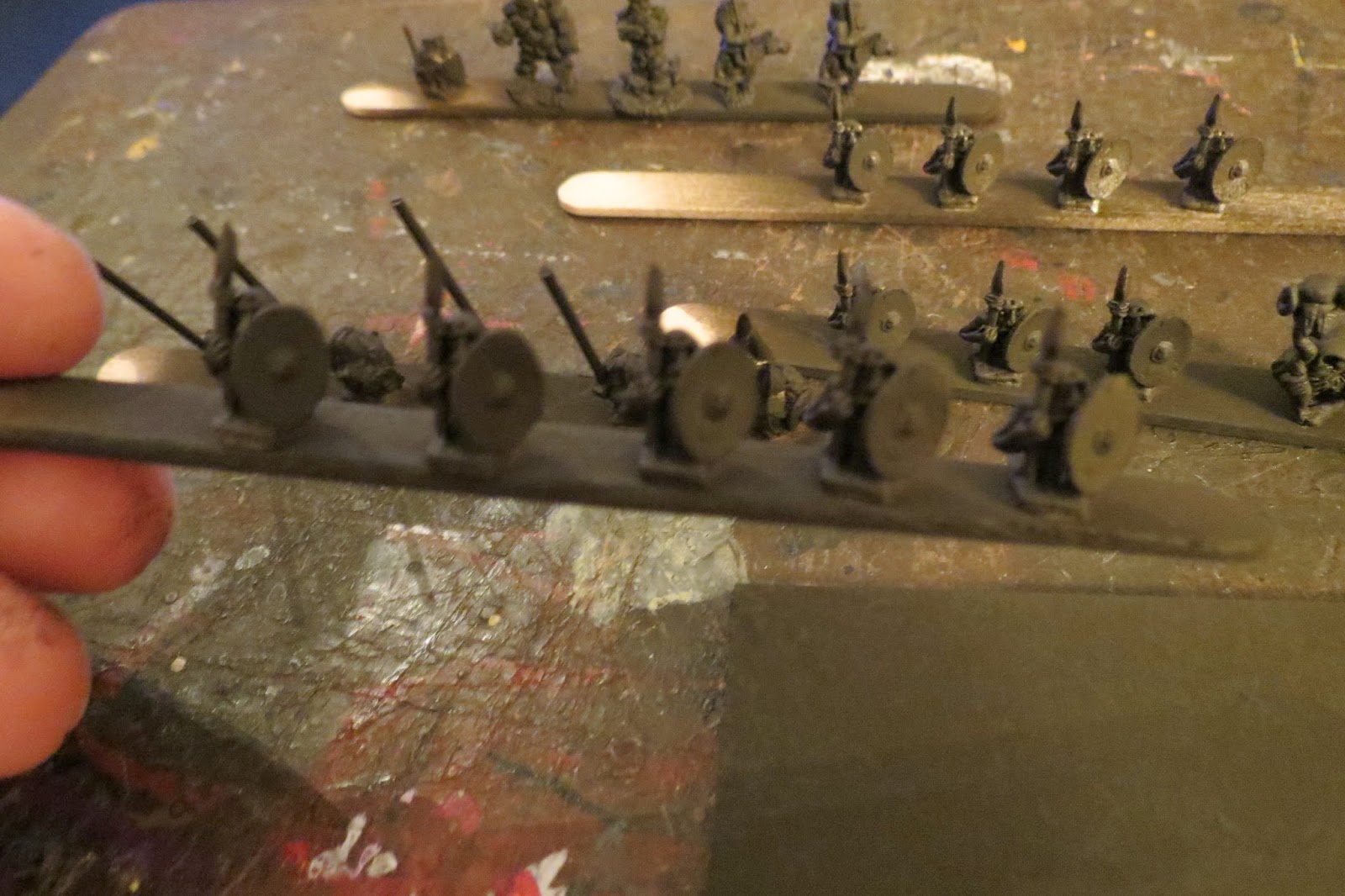 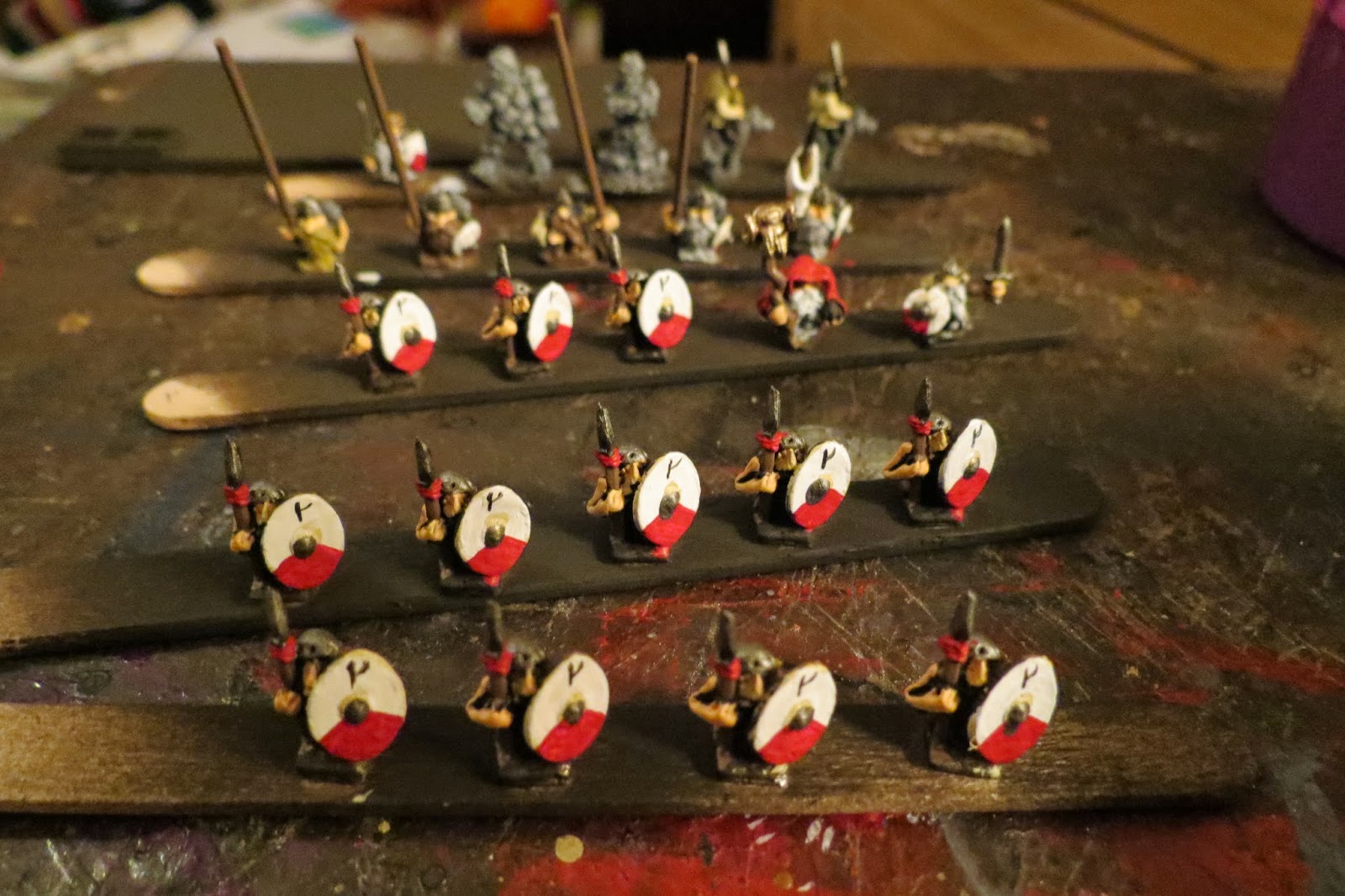 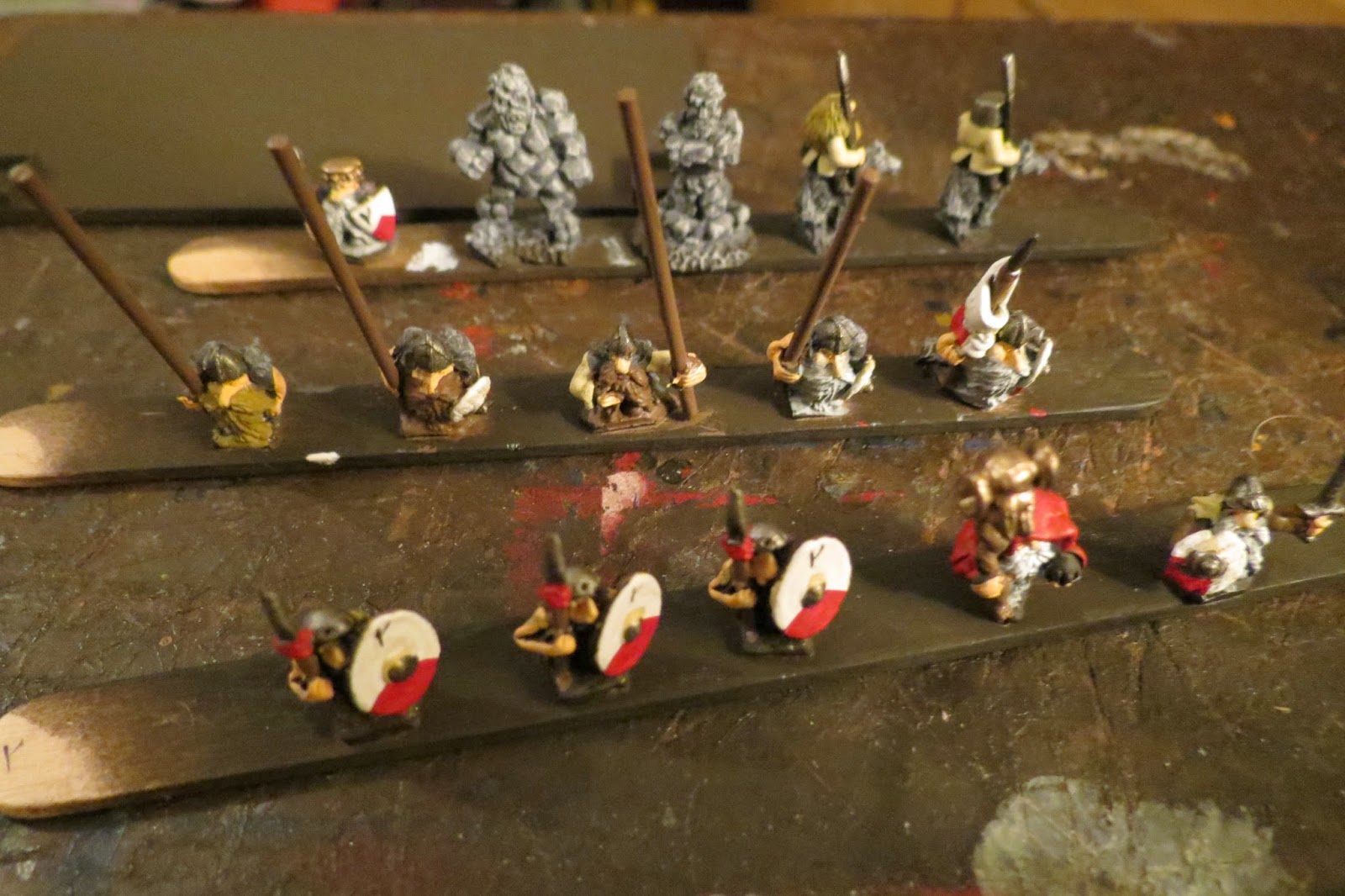 The big cheese himself.  As yet unnamed king. 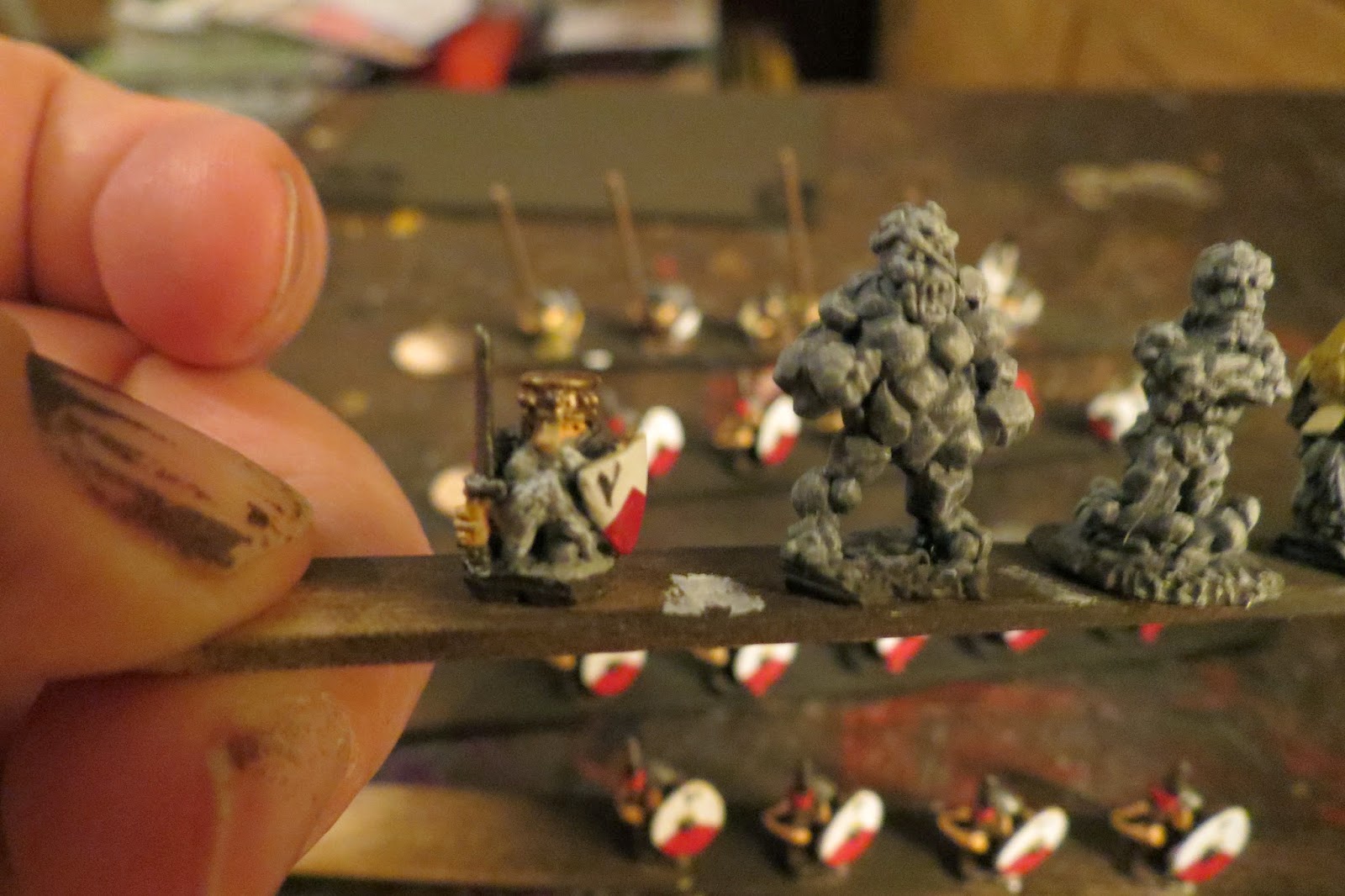 Figures done, the basing begins.  They go on in phases to make getting the grit and flock between the figures easier. 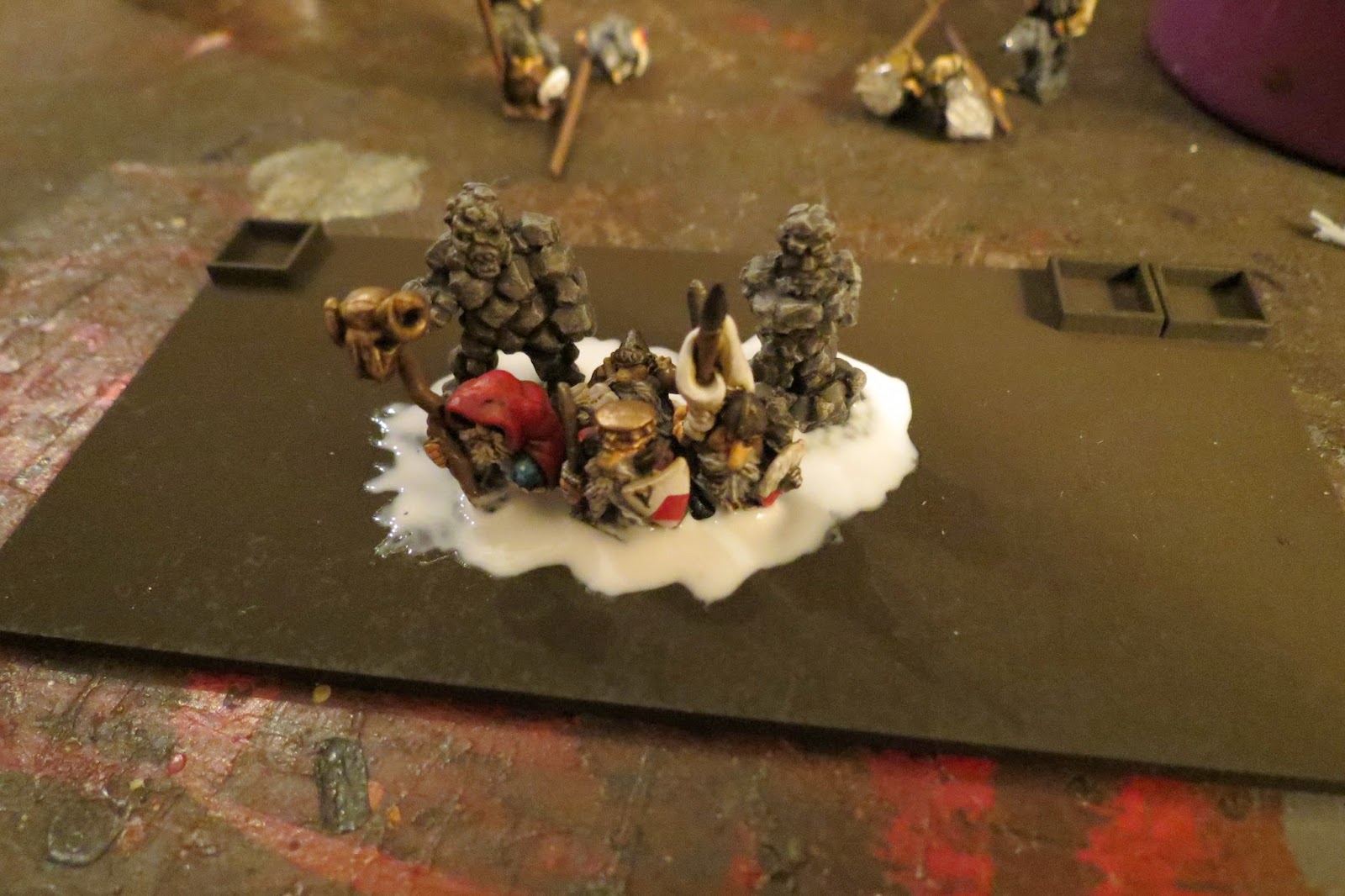 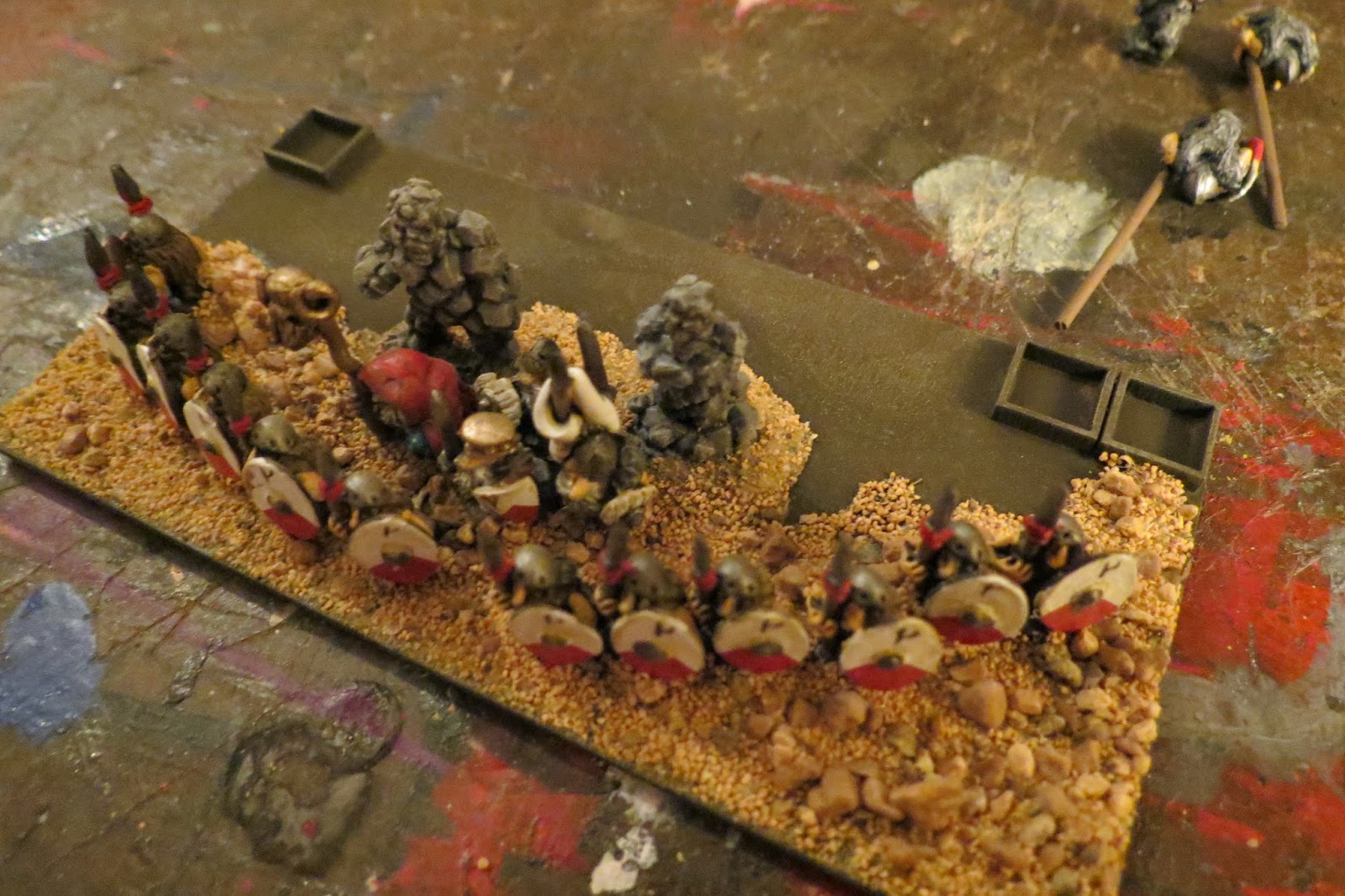 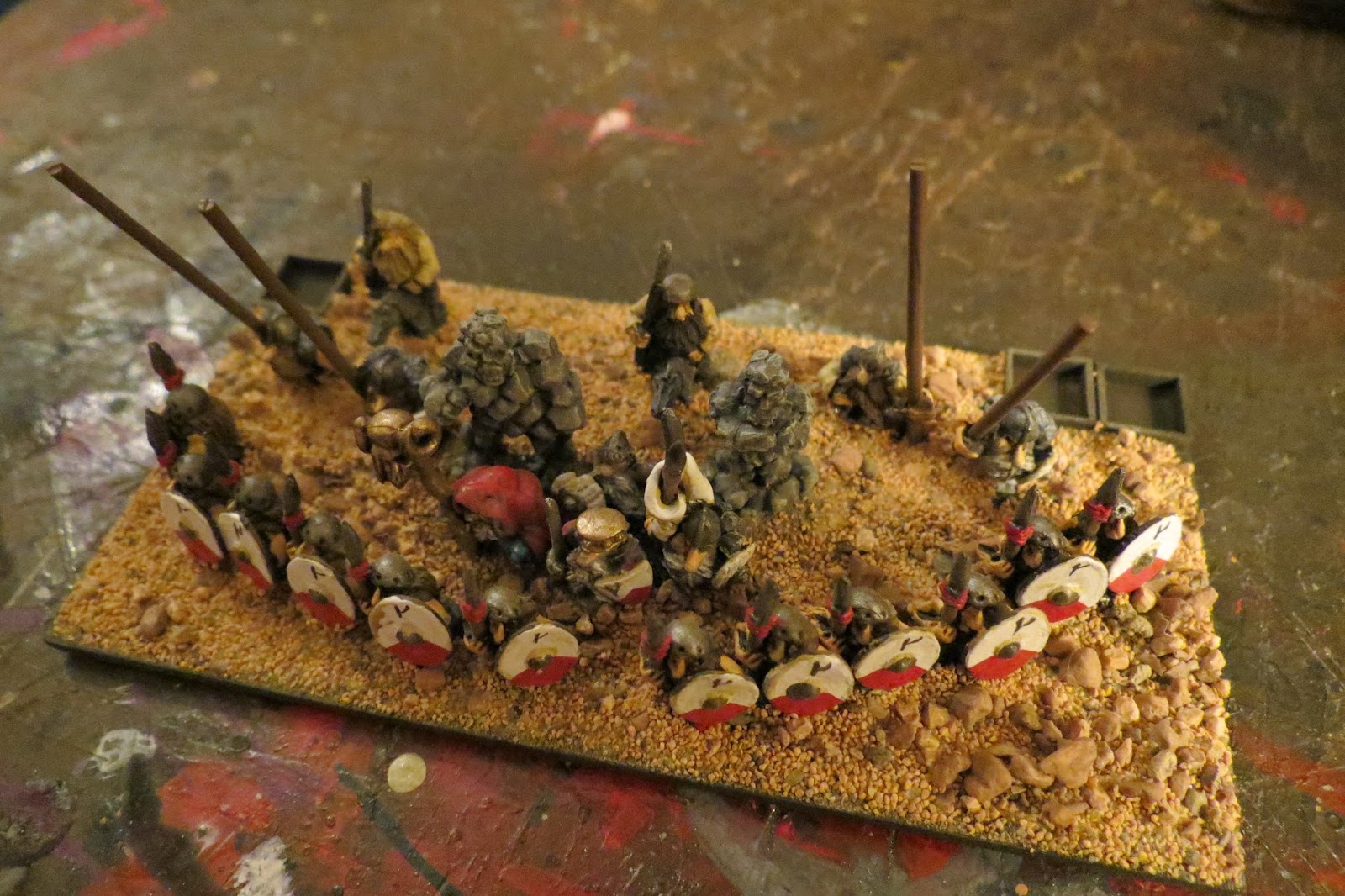 And finally the grass... 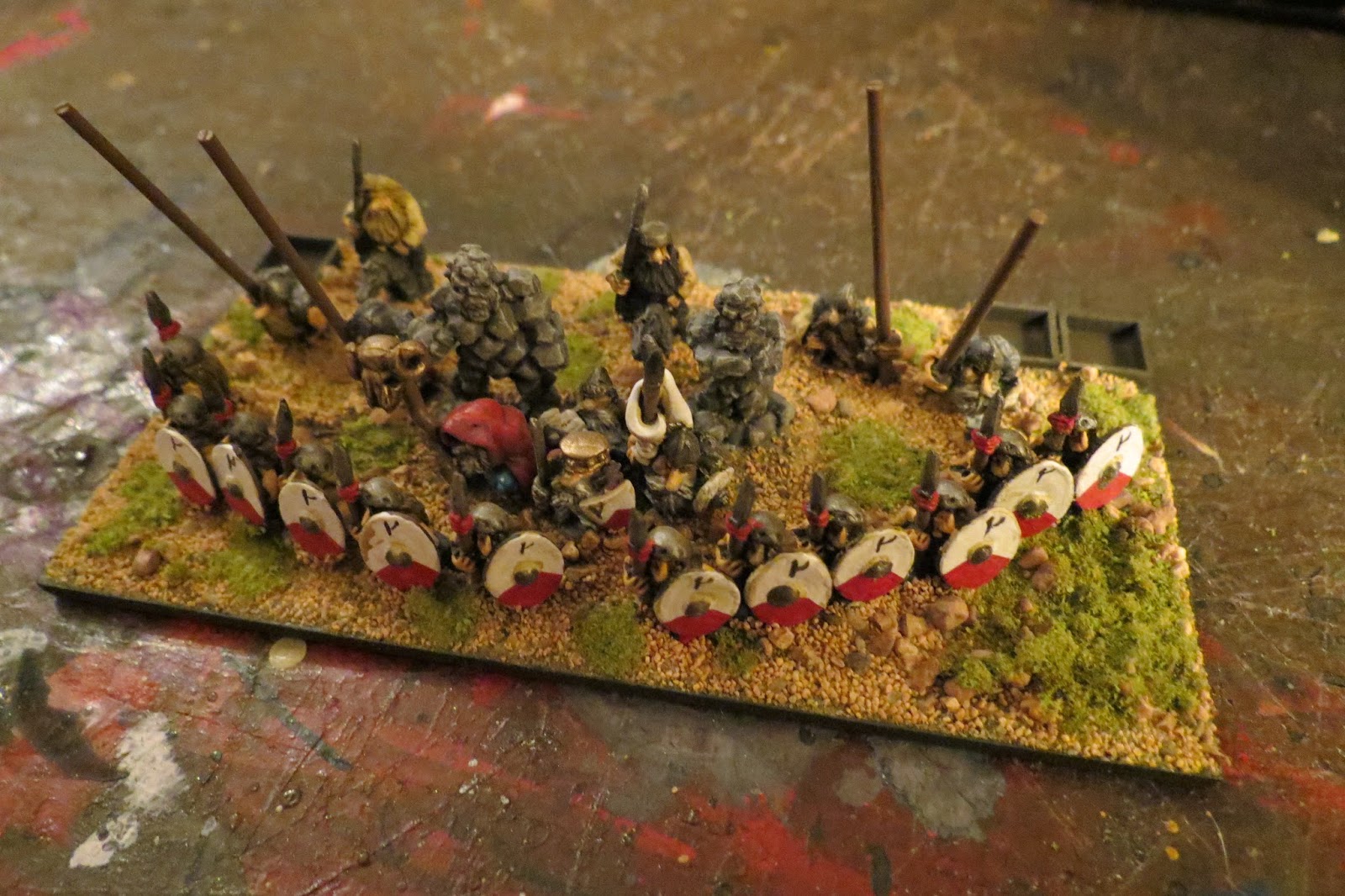 There's still a bit to do; four flags for a start, but the ground is broken with the first unit pretty much done.

In Warband terms, this will be an exceptional commander with the shieldwall special ability.


Part 2 of this series is here.